Veronica "ValchiRea" Bordacchini: a theatre of thousand feelings in just one voice. 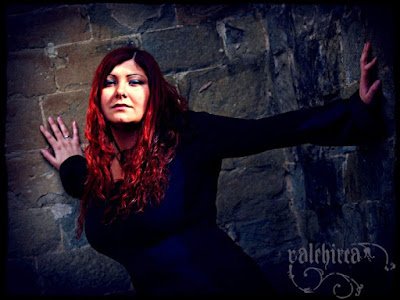 If one day God plays some music, it would certainly be in the magnificent voice of Veronica "ValchiRea" Bordacchini.

Veronica is a great singer which can build a very particular atmosphere in her music. With a voice that can convey emotion, love, drama and melody, she gets it stuck to your mind for days.

You've probably encountered the voice of this magnificent artist, but you did not know yet who she was.

She is the lead singer of the bands Wisteria and In Tenebra. Two good bands. Wisteria has it on one side more Gothic / Industrial Metal while on In Tenebra, she appears bringing a more Symphonic Gothic Metal sound, making a blend of guttural vocals and lyrical ones.

ValchiRea's musical curriculum is not filled with these two bands, because if you don't know either of them, you will find her part on the magnificent and monumental Fleshgod Apocalypse.

The live performance of the band features the vocals of this beautiful and powerful vocalist who knows how to do a show without missing anything. 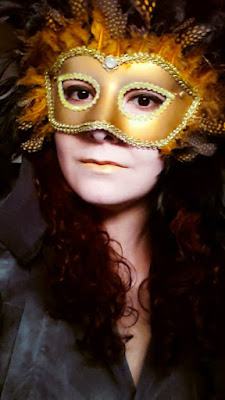 With Fleshgod Apocalypse, Veronica appeared on the music video 'Epilogue', which is one of the most magnificent music of FA, one totally mindblowing and unusual creation. Something you can expect from this band, as it always will be when it comes to FA. They manage to break all the barriers of the impossible when Fleshgod Apocalypse united to the voice of Veronica, it changed absolutely everything.

The band gained more power, more dynamic, more romance and drama, a theater of chaos and irony. A masterpiece work which is worthy of a great band with a female vocalist who will always be magnificent.

The album 'Labyrinth' was not the first work of the singer with Fleshgod Apocalypse. The first time the incredible ValchiRea appeared was on the album 'Agony' in the songs 1 and 6, with a very impressive quality, especially on the sixth song, 'The Egoism'. This is an extremely brutal band and when it's put together with this beautiful woman's voice, everything is marvelous and distinctive. The band gets even better and the work, richer. It's a real junction of Gods.