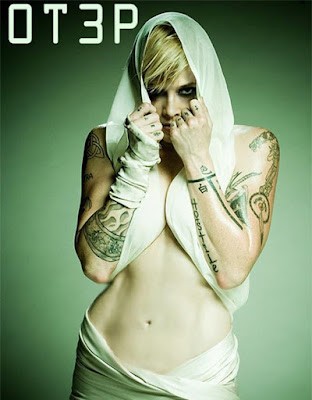 You've probably listened to it somewhere and if so you know that this powerful and mind-blowing music comes from the voice of the beloved and beautiful Otep Shamaya.

Otep is a metal band with a very unique quality, where she can put the quality of New Metal with a little more sad melody on some songs, but she does it all with talent so impressive that you actually give them the applause for scoring such mind-blowing songs like ‘Rise, Rebel, Resist’. Then, soon after they start creating such a beautiful song and calm as ‘Ur The WMN Now’. It’s a song that can leave the album ‘Smash The Control Machine’ a unique work.

The band can build very different sound to every music and that can allow this beautiful melody that is placed to ‘Ur The WMN Now’. Aside, it also can fast allow their music to turn into a scenario while getting something destructive and formidable with its madness and chaos taken to the extreme. This is certainly a very high qualified band. 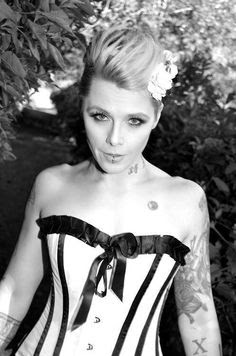 Logically, the focus of this talk is Otep’s vocalist who has such a stage presence and even out of it very impressive, but we cannot escape from talking about the rest of the band too.
An excellent bass player who can appear in the music building formidably a sound even more differentiated and more worked. Drums that can keep up with the brutality and power and to end, the craziness that appears on the guitar’s riffs that makes everything even more chaotic. All these excellent musicians put together with the vocals of Otep make everything become even more mind-blowing. They’re showing this way that this band has everything to always be one of the greatest bands in the world, especially when it comes to a band with such an amazing vocalist.

The latest release of the band was the album ‘Hydra’ which came out in 2013 via Victory Records. With all its destruction, ‘Hydra’ is certainly one big work of Otep. One again led by this woman who can make the stage the real apocalypse.