[English] Emperor of Myself: The Dark side of poetry in Greece 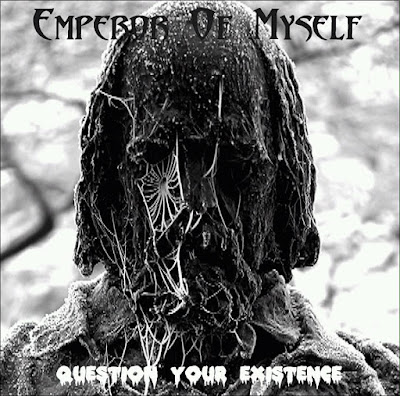 Caterine 1: Hi, Emperor of Myself! First, I would like to thank you so much for doing this interview with us from the G.Grind blog. Something that usually carries all the band’s identity would be its name. What is the story behind the name Emperor of Myself? Does it have something with the Norwegian world famous band Emperor?

Dimitris: The name I saw it on one of my friend’s status on the Internet about his work. It has nothing to do with the Norwegian Emperor. I think it is different the music style of Emperor and Emperor of Myself. I’ve searched on  the Internet and didn’t find anything with that name, so I gave birth to my band.

Caterine 2: Emperor of Myself started as a one-man band in 2006 with Dimitris Polizos, right? When did you find the need to include members to the band and how was the choice made?

Dimitris: The music I started recording was private and was sharing with friends from 2006 to 2012. I always wanted to share my ideas with the rest of the world, so I decide to find some band members to create music all together, to put their ideas to one song. To make it better, my brother Alex joined the band as the drummer.

Caterine 3: Every band seems like family to the members. But Emperor of Myself, like the Brazilian death metal band Krisiun, you guys are a band of brothers too! How it is to play with your real “blood brothers”?

Dimitris: It’s an amazing thing for us to work together and to make music. He is my brother, we will always have arguments during the recording sessions, but in the end we will stay together and unite not only in music. Because on the next day he will be on the drums again to finish what we started. I don’t know if I can do it with someone else, so I am very happy to have him in my band and he loves Emperor of Myself. That’s the secret for us to keep going. We love what we do!

Caterine 4: Something I always wonder about great bands like yours is who inspired you to play an instrument? What musical influences each of you brought and still bring to Emperor of Myself?

Dimitris: I love death, doom, gothic metal bands like Paradise Lost, Rotting Christ and old Pyogenesis are the main influences that made me to play guitar. I can’t say we are similar to these bands, I think we have a sound of our own music style. 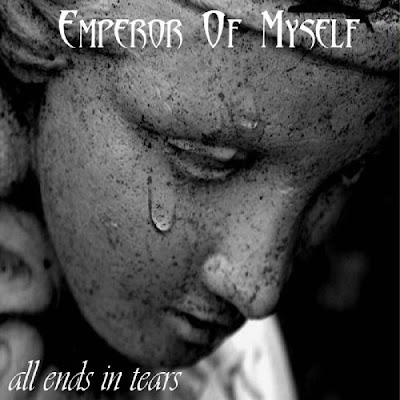 Caterine 5: Metallum informs us that your lyrical theme is simply written there: life. Why did you guys choose this complex, yet some kind of simple theme to write songs for Emperor of Myself? And is it challenging to not write songs in your mother language?

Dimitris: Many bands have lyrical theme about social politics, other bands about antiChristianity, war, gore etc. To be honest, I don’t know about politics, I don’t know about gore, blasphemy and stuff like that.  Our lyrics are about things we fear in life, things that we want to change, which for some reasons stay the same. The pain from the human relations, the despair, the inner struggles we face and everyone faces every day in their lives and, of course, some personal experiences.
To write lyrics in Greek, I don’t think will make any difference. I think nobody will pay attention to a song that they doesn’t understand what it says. Rotting Christ does it, but they are Rotting Christ.

Caterine 6: You guys are from Athens, Greece, right? We’ve never been to Greece, but we think it is and always will be an awesome place to travel to. But, what would you tell us about the underground metal scene there?

Dimitris: Here we have many bands and they are very good, bands of quality. Unfortunately, here there is no collaboration. They don’t support each other and I don’t know why many bands outside Greece are helping our efforts, but here we have nothing at all. I am very sad with this situation, but I am dealing with it and we keep going.

Caterine 7: How is to mix these types of metal subgenres such as death metal, atmospheric black and gothic? How would you describe Emperor of Myself ’s music to people?

Dimitris: I think we are a mix of melodic death, gothic metal and with black metal influence band. This is what comes out when we are writing songs. I don’t know in the future how will we sound, but we will try to stay dark.

Caterine 8: The first full-lengths are ‘Question Your Existence’, in 2013 and ‘All Ends in Tears’, in 2014, so they are one year apart from each other. What was to accomplish the whole process of composing these two masterpieces?

Dimitris: When we released ‘Question Your Existence’, after two months Nick Georgiou joined the band as guitarist. I had some ideas and we worked all together for another album. I like this process of making new things. When we’ve released an album, we start working on another. We have no pressure or time limits to finish, so we are free to do whatever we want. 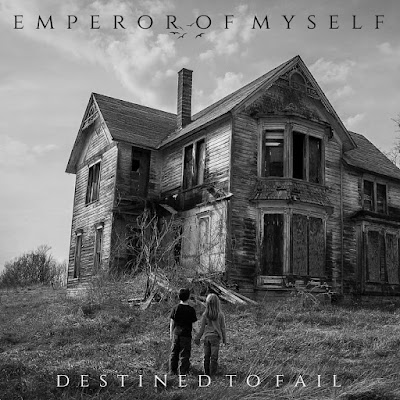 Caterine 9: As we said before the first two albums are one year apart, this is already something incredible. So, how did you guys manage to compose, record and release ‘Built in Distrust’ and ‘Destined to Fail’, both awesome full-length works, at this year of 2015, which didn’t even ended yet?!

Dimitris: ‘Built In Distrust’ was like an experiment album. We did some new things, we made a turn in our sound. We add more clean vocals, some punk riffs because Alex composed music for this album too. Many people loved it and many hated it. I read somewhere ‘Question Your Existence’ was better because of this turn. I can’t get into everyone’s mind to satisfy them with a new album, but I don’t want to do the same things to every new album.
When we finished ‘Built In Distrust’ we had 30 tracks so it wasn’t so difficult to start working. So, came up ‘Destined To Fail. This is the album I always wanted to record. For me it’s the best so far we ever recorded. Two songs that were recorded in 2006 and 2011 we decided to release them now and I am satisfied with the result. I think 2015 is a full year for us with these two releases.

Caterine 10: Emperor of Myself is nine years old and yet it has many works released. How the evolution of the band since the early EPs can be described?

Dimitris: I am working very hard for EOM as you can see it from the production of every release and the composition of the songs. On the EPs, the sound was awful because there was no experience before and we didn’t know how to make things work. After two years, I think we sound  like professionals on the recordings and this is the result of hard work.

Caterine  11: How did your alliance with Goetic Records, label that most releases black metal bands, worked once they are in Canada. How did Emperor Of Myself’s music came up to them?


Dimitris: I was searching for a label to sign here in Greece, but all the answers they gave were kind of: “We don’t release anything!  We are closed for new bands. We don’t release this kind of music. We don’t do this, we don’t do that!” and shit like that.
What I meant to say is that here the labels work between friends. If you have a friend on a label you will sign. I don’t know why they are doing this. I found Goetic Records, we had a discussion with Kosta Bayss, the owner of GR. He listened to our music and he said “Ok! Let’s do it!”. So, until now GR is the home of EOM. We are very satisfied with the work of Goetic Records.

Caterine 12: What are the plans for the ending of 2015? And what about the future of Emperor of Myself? What do you guys have in mind?

Dimitris: After two albums in 2015, I think we are closing this year very happy with these tw releases. So now we have time to think what will be the next step for EOM. We will start working on again in 2016 for the 10th anniversary album of EOM. What I have in mind is to make good music. I think this is the key of success in every band.


Caterine 13: And to end our conversation, I would like to thank you again for doing this interview with G.Grind blog and wish everything good to you and Emperor of Myself! This final space is for you guys to say anything you want to.

Dimitris: I want to thank you so much for your time in this interview and give a chance to ‘Destined To Fail’. I am sure you will like it! Thank you.