[English] Lahmia: Into the Abyss 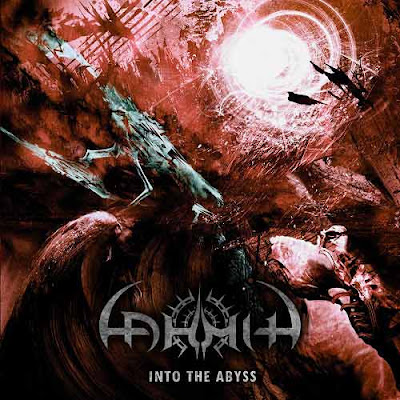 Italy has never been this happy with the current wave of metal bands that the country now displays. One of the bands which have that much power and still can be striking is Lahmia.

Melody and quality. Adrenaline and a lot of poetry. Those few things are what this amazing band is showing on their work and all of this was shown extremely alive on the album ‘Into the Abyss’, a masterpiece which came out via Bakerteam Records.

This melodic death metal band has a very different quality. They have potency in a comfortable way to listen and it can do it all be much more enjoyable, also a never tiring thing.

The first song titled ‘Drag Me To Hell’ shows an amazing quality. If you are expecting an instrumental song, you will be totally mistaken because this band shows up with both feet to the door with an electrifying music which is the best possible way to start the album. The music has drums that work well and versatile while it does not leave at any time the sound and the rhythm to be tiring.

A job when it’s all well done is always hard to talk about, but this is even more complicated because it has three songs with sensational quality and unusual in the world of melodic death. The first of these songs is titled ‘Nightfall’ which has a quality beyond you can imagine. ‘Nightfall’ has drums that are not so gross and working excellently with the plates and betting at the right time the double bass. Vocals are always amazing. Always putting characteristics of the death metal, we have no way of not talking about the guitar because it is something unique on this band.

‘Silent Trough The Screaming Crowd’, this name is the portrait of poetry and art. This song may be a reason why you can smile another day. A song like that can carry the whole atmosphere of Italy with passion and unique feelings. ‘Silent Trough The Screaming Crowd’ presents vocals somehow different, because it has a hint ofpulled drive on it, bringing it to closed guttural as the previous songs. That changed everything because the band knows this is a different song and it makes the album one of a kind. One of the band’s best songs if it is not the best of all.

Third and not the last good song on the album, but this one will be terminating the sequence of songs on an album rate of 11/10. This rate can be used to the other songs on this album. This must speak carefully because of ‘The Tunnel’, track that has a very high quality and an extremely remarkable chorus, beside that it’s a melody and poetry machine, full of art in obscurity and euphoria.

Actually, this band scraped together the perfect and well placed melody with extremely versatile vocals that are compatible with everything the band creates. Drums on this band can be extremely complete and versatile as well as it is embracing the sound of bass which is an instrument that can give even more power to the band.

Lahmia is a band that brings the dawn of a new day of unimaginable way.