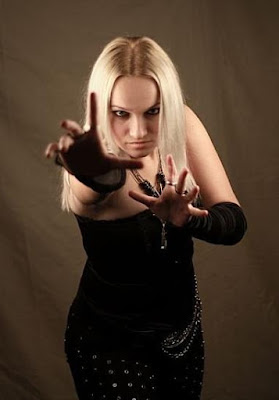 Riverain is a band which creates beautiful melodies on rainy with an impact of a tornado.

This is a very interesting band not only for its quality, but being a Melodic Death Metal one and  also by having a vocalist on front, destroying everything that is in her way.
The name of this extremely competent woman is Anastasia Ligotskaya, she is the lady in blue.

The album entitled 'Overstepping the Verge ...' which came out via Molot Records, presents their work in an extremely well made fashion and quality when it starts the first track, 'The Dream', which comes after intro and has a heavy instrumental. The responsible to bring the melody, the most sensational melody is this vocalist with her excellent voice tone, her music is striking all things and it is beautifully crafted.

The band features music from all forms, some songs are more focused on speed, others look more focused on the weight of the riffs or drums. On all its facets, the band shows a different sound while Anastasia is always using her ver well done vocals.

Ligotskaya shows her guttural on the song 'Breaking Test' and she appears with a very striking feature of being something not too heavy, but with weight and torn up style at the same time. A very good quality is shown up when the singer also work with her chest voice. All this makes Riverain a very different work of a band which always remembers that the Melodic Death Metal is there to be congratulated because it is getting revealed excellent women as great, great vocalists, opening a large space for them within Metalcore subgenre.
All happens on this band with such great quality and very dedicated production, always making decent works. 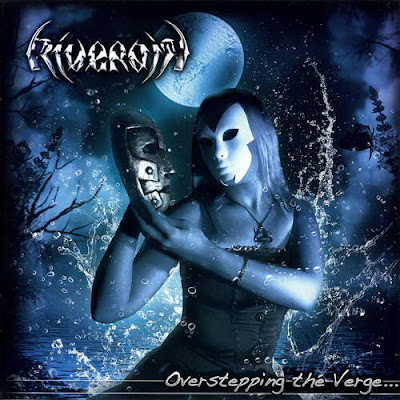 Would be unable to do an article talking about the singer without saying that it is also excellent singing in her native language: Russian!
The album 'Overstepping the Verge ...' came out in Russian version too, which is entitled "Переступая грань ..." and is very interesting to note how the work of the band was well done in Russian too.

Anastasia showed that she the lady in blue and that she can work very well with her voice both to the melody and for the destruction with her guttural because this junction of techniques are surely making this band an even more flawless band than it already is.