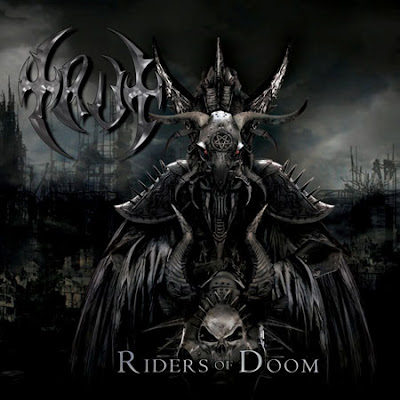 An excellent band that managed to join the death metal with thrash metal and create a heavy sound, yet dark and totally destructive.
It's always good to remember that this interview was made for G.Grind blog and it will also be published here in Oroborus blog, being translated to English, because it was originally written and answered in Portuguese. This is something we will be currently doing just to give the opportunity for a good material to be shared in this Universal language. Here it is the interview from the Brazilian band True.


Caterine 1:  True is a band from Curitiba that since 2006 has been adding to the Brazilian thrash and death metal it quality. How about you start telling us about the path of True until today?


Marcelo: The band started in 2006 and we were seeking to continue what we practiced in other bands, but in more professional and correct way, therefore we were receiving the space we wanted. Since the beginning, we never focused on just playing in our city, we always seek other public and that we still holds today.
In this way, we had the opportunity to participate in major events, playing with national and global metal icons, we got a contract with Oversonic Music label for this one to release our first CD in Brazil. We also released material in New Zealand by the label Satanica Prods and Egypt the label Seth Productions.
Today we are in process of production to our second CD and brief we will release one single from this material.


Caterine 2: Each musician individually has his favorite bands and albums during his lifetime. How does it fit in the band all the musical influences from all of you?

Marcelo: We believe that every experience and influence, in context, we have acquired during our life is what makes the process a creative and democratic composition. Every new proposal is analyzed and discussed to add new values, respecting the musical identity we’ve already created, but always looking for a differential. Our goal is to always sound innovative and qualified, just not always the same old.


Caterine 3: Thrash and death metal, as different metal genres, form together an interesting pair. These genres demand mastery to merge them, something that perfectly happens in True’s music. How this mixture is manifested as an identity of the band?

Marcelo: This is a fruit of our own needs and desires, as listeners of Metal. Some members like more Thrash, others like Death or Black, therefore, the proposal is to add all these values to create something relatively new (relatively in the sense that nobody is going to reinvent the wheel, but metal is a genre that coexists well with influences from several other genres, creating a universe of possibilities) of course our identity comes out on the pre-production processes.

Caterine 4: About the construction of the lyrical theme of True, the aura of chaos that passes through us with the instrumental. Does it also occur on the lyrics?

Marcelo: Yes, especially in ‘Riders of Doom’. We wrote all the lyrics even without a defined title when we were putting it all together and we saw what we had. There was no way to be different, that material needed this cadence and weight. The thrash and death metal, as different metal subgenres form an interesting couple.

Caterine 5: Tell us a little about the process of creating the full-length 'Riders of Doom', released in 2012.


Marcelo: When we talk about that, few people believe, but the only things we had in hand at the time of contract signing was one song and a few lyrics. A week before recording, we met in the studio for 9 whole hours and created the foundations of the songs, the lyrics we just chose at the studio during the recording session. It may seem strange, but at that time our creative process was that and it has always worked.
The album was recorded in São José dos Campos/SP, in January of 2012. We did, Anderson and I, all the funding in five days. I (Marcelo) recorded the vocals, guitars and bass, Anderson recorded the drums and two guitar solos of the CD.


Caterine 6: Metal fans, though they’re numerous, they still trust a little and support rising a band they know so little about. Did you guys have difficulties to bring the sound of True to the local scene of Curitiba and region?

Marcelo: Yes, I believe that every band has this problem, but from the beginning we were never staying on the local scene, we always try other publics, other opinions to help us in this ascension. It's hard to take part in a scene where almost everyone has their band and their pots, their groups where no other band can join them.

Caterine 7: True had opportunities of playing in fests in the southern region of Brazil, as Zoombie Ritual in SC and opening for bands like the American of the thrash metal Testament. How are these experience, the issue of showing your work alongside with already acclaimed bands?

Marcelo: Actually Testament show did not happen that year because here in Brazil we had an H1N1 epidemic and the guys canceled the entire tour, but our name's there on the flyer of the event (laughs)! We played at the biggest events in SC, we love playing there, the responsiveness is very good, we dedicated the year of 2013 just to play in concerts in this region and we are already scheduling other dates yet for this year.
Play with world famous bands and being able to perform at major events is such a fucking experience, it weighs on our personal side, because we are fans of those bands. To access these bands it also weighs on our professional side, because it is very rewarding to talk and play in the same event of them, and to know that our work provided this, it is very good. 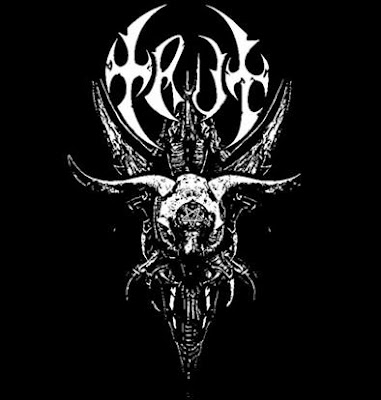 Caterine 8: Still on this question of recognition, True had the EP 'Welcome To Chaos' by New Zealand and Egyptian seals, also gave interviews to British website and had the opportunity to touch the giant W:O:A Metal Battle. By this, True could then say that you guys have an international audience potential?

Marcelo: At W:O:A Metal Battle we were finalists here in Curitiba and nearly participated in the national final, we had a great response from that, we got several shows resulting from this exposure. And it helped us to be able to do these releases and interviews outside our country.
The receptivity of our sound out there is very good, a lot of people like our work, a shame that we have not yet achieved the long-awaited foreign tour, but this time will come too!

Caterine 9: The official video for the track 'Forget In Hatred', launched in June 2013, was incredible, it tells us a little was how to save it.

Marcelo: The clip was planned for a long time, the production and everything involving we left in charge of Felipe. The recording was independent, like almost everything in our scene, we had the help of good friends to finalize the whole process, from the location, scenery, team, capture .. all.
The end result was very good and we hope to record more than one clip to the next job.

Caterine 10: Looking for information about  True on the Internet, we find that an important magazine about beers from Port Alegre, named 'Revista Cerveja’, that you guys produced a beer under the same name of the band in mid-2012, so the strong identity of True isn’t attached just to the music, but to beverages (laughs). How was this unusual project of True?

Marcelo: The idea of the beer kind of exploded at the same time for several bands, her basic function is to raise funds to the band, at least in our case. But we could not release any material, we value the quality and therefore invite our longtime friend, Rafael David, which is a big brewing here in Curitiba and region, to develop our revenue. He approved the idea and we, the beer. The search for True Black IPA is quite large, but it only sells at our shows or here in Curitiba.

Caterine 11: By one can check on the band’s channel on Youtube, you are in pre-production process. There are expectations for new material the band to be available in a short time, then?

Marcelo: We started the pre-production process in January of this year, after a period of discussions and analysis to establish our goals. With the departure of the drummer Anderson Soares, we felt the need to rethink how our new album would sound. This due to the fact that he, next to Marcelo Mattos, were the creators of ‘Riders of Doom’. Then came the opportunity to act on all of the new album creation, because me and Felipe entered on True after completion of Riders and beyond all instrumentalists, we are also composers. This event has generated an avalanche of new ideas and we have realized that we needed to register and record this work as soon as possible. We are working hard on new songs and planning on enter the studio since the beginning of the next semester (August of 2015).

Caterine 12: If the band's past is marked by great events, the future certainly will be. How is True's touring schedule for 2015?

Marcelo: Well, 2015 started with the preparation of our 2nd album, for now we are involved with this process (composition, recording and distribution) and comes in taking a long time. We’ll finalize this process on the 1st half of the year. In parallel we are already negotiating a few dates for the new tour, which should start by SC in the 2nd semester.

Caterine 13: And finally, we would like to thank the willingness of you to talk to us from the Oroborus about the incredible work you have done as a band like True. This final space is for you to say anything True would like to, right?

Marcelo: We would like to thank all who respect the scene! That’s what keeps everything settled up. Thanks to you guys for this space and the opportunity to disseminate furthermore and thanks to our work, our friends and our audience!