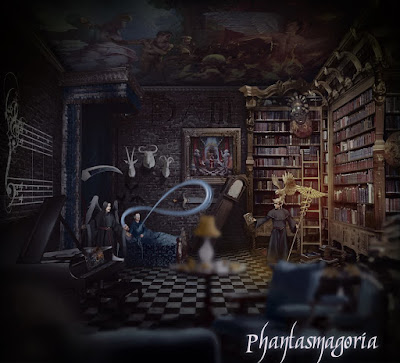 
The band D.A.M once again managed to find a space in their busy career to do an interview with G.Grind and here is this great interview posted in Oroborus.

Caterine 1: Hello, guys. First, thank you for giving in a little bit of your time for this interview. When looking for information on the band, we faced the fact that the band was a solo project of William Alvarenga, right? How were the procedures for selecting other members?

Alvarenga: It was a balance between affinity and technical capacity, D.A.M's music is very difficult, and then the level of the musicians needs to be high to join the band. However it is not enough just to have bonds of friendship that think in a similar way towards a common goal are crucial for a band without the band it stagnates!

Caterine 2: We all carry the example of those bands that affect us forever. What are the musical influences of each of you and how it influenced the compositions for D.A.M?

Alvarenga: The D.A.M compositions has the edge over other bands. Aware of the fact that everything is written by one person, it affects the sound as it brings a control and gigantic units, is a very strong symmetry! I had as main influences all my studies at the college of music and many bands like Nightwish, Wintersun, Children of Bodom and so on haha such a giant list.

Caterine 3: The mix of the aggressiveness of death metal with classical music techniques became undoubtedly a good idea for D.A.M. This occurs naturally in the composition process?

Alvarenga: Yes and no! But because it is very spontaneous to apply certain types of techniques for me and not because some of these techniques require some planning, so that sounds so balanced it is not "natural".

Caterine 4: Each album appears different from the previous ones is the mix of clean vocals with guttural and harsh or even the speed and rhythm of the tracks. However, in the case of D.A.M the keyboard is highlighted as a mark of the band in any of its songs. How perfectly fit all other instruments to it?

Alvarenga: I am surprised by your question haha because for me D.A.M's stars are guitars. Whenever I compose them I think a lot really like the sound! When only one person thinks and composes it's easier because you will think of each instrument as a part of a whole thing without the need to "adapt" to the instruments that sound balanced as this is planned from the beginning!

Caterine 5: Still on details, observing the artwork of each of the covers of the albums, D.A.M realizes a peculiar pattern: checkerboard floor in all of them. What does that mean?

Alvarenga: I love chess! Hahaha! Well, part of D.A.M's mysteries is that answer has to do with balance! 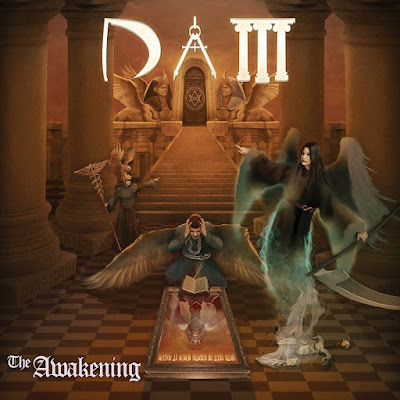 Caterine 6: A special feature of mine is to be fond of band logos and the way they are designed. What can you tell us about how you created a logo for D.A.M?

Alvarenga: I was a music teacher for my good friend Rafael Torres. I offered to teach him for a year in exchange for the artwork of the EP ‘Possessed’. I thought the logo was included but it was not haha, so I offered an intensive counterpoint to him in exchange for the logo. The logo reflects the D.A.M features, from the meaning of the name until the relationship with the occult and classical music!

Caterine 7: Talking about acceptance, how the public in the region faces the sound you make?

Alvarenga: It is a very big new thing for them yet, but in general, people enjoy and are very impressed, thinking we are from another country!

Alvarenga: Very good, we received many e-mails, photos and messages from people asking us to do shows on their land. They are very attentive! 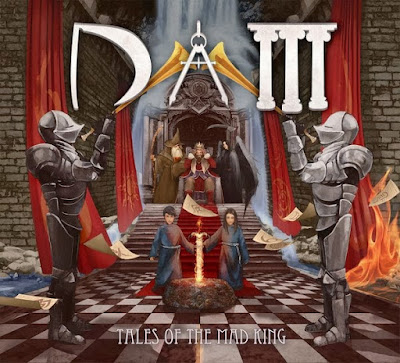 Caterine 9: What are the plans for this second semester of 2015?

Alvarenga: To release the newest EP ‘Premonitions’ ... and tour in South America, starting in Argentina on November 14th!

Caterine 10: And to close this interview, we thank you once again for talking to us from G.Grind blog and leave this final space with you.

Alvarenga: I thank the space and support ever given to us by G.Grind and invite this blog’s readers to know our Facebook page and our video clip for the song ‘Reborn from the Shadows’. Thanks for the support everyone!