[English] Oroborus: too much brutality on the groove metal from Paraguay 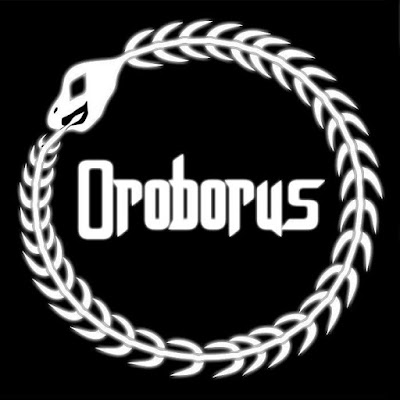 Oroborus is a band we met recently when we were searching for a name for this blog. As soon as we chose Oroborus as our name, we found this amazing band and we already wanted to do an interview with them, just because of this name coincidence. Check out our conversation with them!

1. Hello, Oroborus! First of all, thank you so much on the blog’s behalf for this interview! When I, Caterine Souza, and Renan Martins were searching for a name to our blog, we’ve decided to call it Oroborus because we both like so much ‘Oroborus’ from the French band Gojira. Then, we searched on Facebook and we found your band! Did you guys name the band after the Gojira’s song too?

Hello and thanks to you for the interest on us. Well, we did it the name of the band after the song but not entirely, as we always knew what the 'Oroborus' meant and what it represents (the eternal cycle of things, the eternal effort and strugle), which casually it's what Gojiras' song talks about. That is also what we think that describes the spirit of the band.


2. How was to design some logo that fits into Oroborus’ sound proposal and identity?

The design process was easy, we created something based on what we are, so it could truly reflects the band's identity and not something we aren't.


3. Now, Oroborus has four members, right? How was to gather people to start Oroborus as a band back then in 2012? And what musical influences and references each of you bring to Oroborus?
Our bassist Fabrizio Grippo is influenced by Death Metal bands like Dethklok, Septicflesh and Behemoth. He formed the band back in 2012 with Miguel Gimenez as singer. Then, Roberto Fleitas, our drummer, that is very influenced by 90's Nu metal bands like Slipknot, Deftones and Korn, joined the band. After many changes in the band's line up, they decided to add Diego Larroza, an Black Sabbath, Black Label Society and Ozzy Osbourne's fan and he is also a Hard Rock Guitarrist that plays in the band as main guitarrist. In 2014, Miguel left the band and young David Soley joined Oroborus. He is a Hardcore/Deathcore and Punk influenced kid. And by this it was consolidating Oroborus a heavy  raw and brutal sounded band. 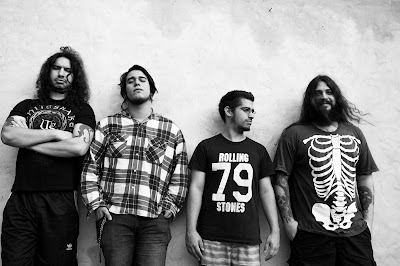 4. How do you guys evolve Oroborus’ identity to the sound more groove metal style and the lyrical theme which I found on the band’s Facebook page to be society, wrath and rock ‘n roll?

This first material lyrics were written by our ex-singer Miguel Gimenez who focused them on society problems like war, global contamination and personal conflicts. Since our new vocalist Barco Basurero Soley joined the band, the lyrical themes turned darker, talking about occultism, evil, attitude and clan unity and so on, giving the band more attitude.

5. The first work of Oroborus was released this year and it’s this EP called ‘Electric Wizard’, which was already an amazing work. The self-titled song has sa guitar solo that sounds unique as it was from those early heavy metal bands from the 80’s, but with Oroborus’ identity pretty shown up to the listener’s ears. How was to record and release it?

It was very easy to record that EP. It took just two months to record and release it. That was our first professional material with David, but there was a lot of chemistry in the band in that point and that’s a thing that can make things like recording and releasing, easier. 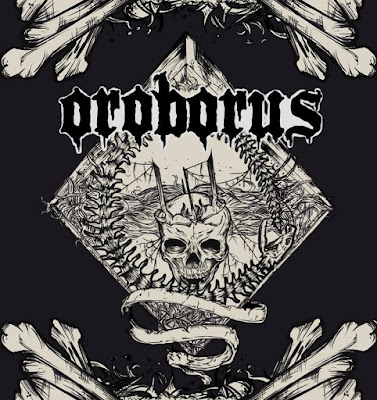 6. What would be the three words to describe Oroborus’ sound to someone who didn’t listen to your music before?


7. You guys are from Asuncion, Paraguay, right? I’ve noticed by some pictures on the band’s Facebook page that Oroborus plays at lots of places there. So, how would you describe the underground metal scene in Asuncion? Is it united?

The underground metal scene, in general words, is and, at the same time, is not united. You can see a slight elitism between some bands, they seem to be divided into ''Old school'' and ''New School'' groups. We have made a lot of friends on both sides, but there's still a big lack of partnership and a strong elitist attitude in both sides. Even with all this happening, we can say that there are bands and people who support Metal, Hardcore and Rock 'n Roll in every aspect. They are still supporting and respecting not only the music, but the musicians' efforts and that's the scene we are part of and we'll always be thankful. 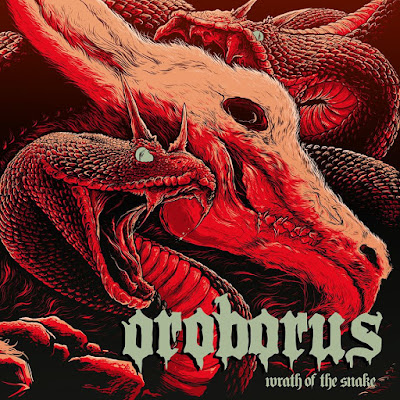 The artwork of  'Wrath of the Snake' is something to really pay attention once its amazing!

8. The latest Oroborus’ work is this LP called ‘Wrath of the Snake’, released in October. I’ve listened to it and, some songs like the killer ‘Lizard King’, ‘No More System’, the self-titled ‘Wrath of the Snake’ and ‘Blind War’ just amazed me so much since the intro riff of each song. Even the artwork is pretty rad! You guys are really getting awesome as time passes! How was to compose, record and produce this masterpiece?

We composed all the songs of the last album ''on the running'', we used to get together and get ideas together and ''BOOM'', there we get the 9 songs that you hear on the LP and the 3 we are planning to record on our next material in 2016. So, we can say our music and lyrics are honest and sincere. The recording was hard, taking almost 1 year and half because of the changes in the band vocal line up, but with the addition of our actual singer, everything changed for better and we decided, as we said on the previous question, to take our business in the most serious way, and so like this we ended and released the album in October.

9. You guys are going to play in Texas, USA and your songs are on radio stations from Italy and Spain, right? How this positive feedback is faced by Oroborus?

It is amazing to know our music is breaking barriers and fulfilling with what it have been made for. Because we make music for the world, cause we, as a band, don’t want to settle, to just play here. We want to reach the top!

10. How would you describe the evolution of Oroborus even when not much time has passed between the works of the band?

Oroborus has passed through a lot of phases. In early times, the band's beginning, we sounded Nu Metal, then a Southern Groove Metal style in the early 2013-2014 to a Beatdown Hardcore/ Deathcore and Stoner influenced Groove Metal who may be the definitive Oroborus style.

11. How is Oroborus’ agenda for this year’s end and 2016’s beginning? And about the future, what do you guys plan for Oroborus?

We can say that 2015 have been our year. The last show happened the best of all, we were having an awesome feedback from the public on that show. In 2016, the band is planning to explode the local and international Metal scene and consolidate our ''Family'' across the country by making and taking part of high level and quality shows.


12. And to end our conversation, I would like to thank you again for doing this interview with us from Oroborus blog. I wish all the best to each of you and to the band, of course! This final space is for you to say anything you want to!

We hope you enjoy this first album. We are going to enter in studio this month and start recording our 2nd EP and also an international tour soon, so we hope to reach your cities soon. Stay hardcore and stay metal!