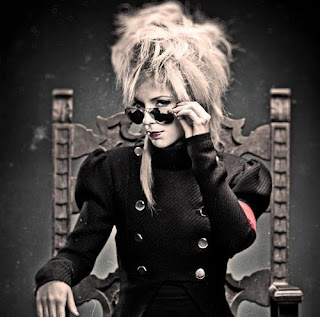 'Kinetik', if you haven't heard this album, you need to and I guarantee that if you like an interesting Metal joining the Industrial kind with a sip of gothic metal and a little dance on a few songs, for sure you'll love this unique and amazing work called 'Kinetik'.

This is the album from the band Omega Lithium. It's in fact amazing, but much of its fantastic way is the creative that the band has on the sound, in their clothes, but also the amazing vocals from the magnificent and impressive Mya Mortensen.

The weight and the creativity on the way their sound blends perfectly with the vocals of Mya, once she has a very distinctive voice in a tone that doesn't tire at any time. The weight of the songs working with the vocals of this fantastic woman is really destructive and that makes this album something memorable.
Speaking of creativity, it would have no way to skip on mentioning the beginning of the song 'Dance With Me' which has a very melodic voice of a girl while the sound totally brings a dancing atmosphere and step-by-step it's crawling into some kind of chaos and all this is guided by the voice of this beautiful woman. So, everything is really unique .

The sensuality and the most danceable side of the album probably come out in the best song. One of the best songs on this album very unique within the metal world  it's called 'Strip Me'. This song is something that leaves everyone speechless. It has a catchy melody in the instrumental and at the same time, the vocals of Mya Mortensen present sensuality in a lovely and sexy tone that perfectly matches the Industrial side. It counts with the support of the serious voice of another band's member that makes the atmosphere even more striking and even more interesting. 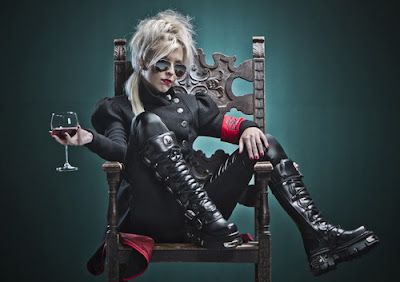 I also would have no way to talk about this band and singer without mentioning that the band was very smart to choose her as a vocalist, because the band turned out to be unique in absolutely everything they do.
The band uses uniforms and that makes it more interesting and more alive. Their shows  become even more impressive and still get more space in the hearts of fans.

Mya Mortensen showed on her work all her qualities in vocal which are undeniable and present us a lesson in how to be unique to each song and each wrok she does.