The interview this week was with the incredible Dying Silence. Check it out!
PS: We were mistaken by saying that the track 'Minha Alma' belongs to the EP 'Origins', we apologize for this error.

1. Hello, Dying Silence! Thank you for this interview, on behalf of Oroborus blog! First, I would like to know the story behind Dying Silence's name and why did you guys choose to leave it in English?

Rafael - The name "Dying Silence" came inspired by a song from the German band called Heaven Shall Burn, that name makes a great sense to us because the vast majority of people do is agonize in silence. We chose to leave the name in English because in addition to sound better in this context, it covers the global public.

2. The logo of the band is well structured in some "industrial" way by combining with the sound proposal, which is more focused on the hardcore. How was to design and consecrate it as Dying Silence's mark?

Rafael - The band's logo was developed by the American artist Justin Bryant on his 1126 Art Studio, he's a great artist who worked already developing art for bands like 36 Crazyfists, Upon A Burning Body, Circa Survive, All That Remains, Darkest Hour.
We were looking for someone that would capture the idea of ​​our sound and someone that could transmit the logo, and Justin was our best option.

Luciano - When was to make the logo of the band, we tried to do something a little more "futuristic", so we are not tied to style or label, because once people hit the eye on the logo, it's going to be faced as something timeless.

3. The band has its formation dating back to 2010. How has been bringing people together to compose on Dying Silence? Which influences each of you brought /bring to the band?


Rafael - Actually, today we do not know for sure how the current members and members who have gone through Dying Silence managed to join *laughs
In late 2009 I met Luciano on a social network, and by chance, he was living in Campinas-SP.
Since 2010, many members were exchanged, the original ones would be me and Luciano.
In 2012, Estevan Furlan began working with us, producing our songs, which resulted in duplication of work, which was supposed to be a producer job only, eventually he became our drummer also for free spontaneous pressure *laughs
In the middle of 2013, we were out of bass player, when an acquaintance of ours showed us Pedro, because we needed someone to cover up on a show that was going to happen in two weeks. In three days, he took off all songs and played on the show as he was member of the band in a long time. From this moment on, we fixed this formation.
Our influences come directly from Thrash, Death and Hardcore. Everyone here unconsciously have Sepultura trapped in our veins. It's automatic, but for each member works more or less as following: Luciano is influenced by New Metal; I pull the line "core" of sound, heavily influenced by New York Hardcore; Estevan is responsible for the dose of death metal that has our compositions. Pedro, because of music school, has influences from various music styles, from death metal to classical music.
Our next album will be destroyer!

4. According to Encyclopaedia Metallum, the themes of Dying Silence's lyrics are social criticism, politics and injustice. How are the processes of uniting these issues to the sound?

Rafael - It's simple, just look at the world around you, in your neighborhood, in your city, in your country, in this planet. Our idea is certainly not to do something superficial that hides the reality or talk about something utopian.

Estevan - Reinforcing what Rafael said, we do not need to be good connoisseurs of law or policy. It's just something you see when you stop and look a little to the world that we're living. The things are damn ugly here, people need to wake up.

Luciano - The world is full of injustice and I'm not saying just about the political part, but also the people around us, sometimes a few people get into our lives that we believe they're this way and when the mask falls, once we cannot beat them down.... we go around playing and making music *laughs. (Listen to Bloody Lies!)

Rafael - Actually, there were two demos before this EP. We were in the studio creating some complementary sounds that would be added to the two demos previous to record a full length right away, but with arrival and departure of several members, this plan was not implemented. But then, at that time Estevan has begun to work with us, he suggested us to do an EP. During this period of 2011 and 2012, we counted with a second guitarist, so the EP 'I'll Be wainting For' sounds different from our demos and the EP "Origins".

Luciano - As in 'Origins', the EP "I'll Be Waiting For" has the tips of each member in the band. So, it sounds quite different than it is today. Fortunately, like 'Origins', the "IBWF" had a very good acceptance of all the people who heard it and they came and follow the band.

6. According to what we've researched on Dying Silence's website, the EP 'I'll Be Waiting For' was released in several Brazilian and foreign media and achieved its greatest popularity in Mexico. How such positive feedback was /is seen by you guys?

Rafael - Yes, the repercussion abroad was larger compared to Brazil. This time with the release of the EP, a massive Mexican public came giving their feedback, sharing and even asking us to go to Mexico for gigs.
England also had a increasingly public, our friends from the band The Hotel Ambus liked the EP and spread it out there, which resulted in some participation on Metal /Hardcorecollections and columns on pages of  magazines about the underground scene.

7.  You guys are from Campinas, right? How do you describe the underground metal scene in the city?

Rafael - Each is from a  Brazilian corner: Luciano is from Itu; Estevan is from São Paulo; Pedro came from Goiânia.
But today we are all here in Campinas and do everything around here.
The scene in the region is stable, but it's nothing compared to São Paulo for example. There have been better times in Campinas, there were more places to do events and promoters are a little more responsible. But there is one audience that is certainly searching for something new. Especially the younger audience, these are the ones that come together in events. It is a pleasure for us to see this!

8. 'Origins' EP was released in 2014, which I would highlight the well-crafted tracks 'Minha Alma' and 'Bound By Hatred', either with their instrumentals very well built or vocal firmly seated. It was the second work of the band. How was to record and produce 'Origins'?

Rafael - The track 'Minha Alma' is not part of the EP 'Origins', but for us it is the most iconic music so far, it was the first song we did in Dying Silence, it exists since the first demo and at live concerts it's often the crowd's favorite. That's the soung you get everyone hiting the wheel, jumping, shaking, getting mad *laughs
'Bound By Hatred' came naturally, despite being the first track of the EP, was the last to be created and the last to be produced in the studio. Record the EP 'Origins' was totally different from "I'll Be Waiting For", because we were consolidated with the training, with songs that actually sound like is Dying Silence in its original state. Recorded in André Diniz Studio in Indaiatuba-SP (currently Elite Studio), we always work in this studio since the beginning of the first trials, we were used to frequent the place, which provided a natural studio to write and produce the EP.

Luciano - The name 'Origins' comes directly from the will to make this EP by returning to the origins of the band and show how it is to be from the beginning, dried and all weighed!

9. How would you describe the sound of Silence Dying to someone who has not already heard it?
All - HEAVY!


10. In 2014, the Dying Silence launches the music video for the track 'Without Repair' song sung entirely in Portuguese. Why this concern also win the Brazilians to the work of the band? Will continue to feature English lyrics too?
Estevan - In fact it is not totally sung in Portuguese *laughs. When we created the 'Sem Conserto' we were going through the period of the World Cup in Brazil. We had released the EP only a few months before, I had no need to release a single. But we were so pissed off with the situation of our country and feeling the urge to choke out what we was feeling. We believe that in Portuguese the message was much the thing we supposed to spill at people's face. 'Sem Conserto' was a real throw up. We are currently in a new music production phase, and we intend to continue making music both Portuguese and English.
Pedro - It was also our first sound with influences Brazilians. In this case the Brazilian music elements that are in that sound just made our message even more brutal.

11. How is Dying Silence's agenda? And about the near future, what do you plan?
Rafael - In the years 2014 and 2015, we did many shows featuring 'Origins'. Now, in early 2016 we will enter the studio to record the new album.
Estevan - We did good shows since the release of the EP 'Origins'. I believe that we are now much more mature, musically speaking. We are extremely focused on the composition and production of this new album that we recorded.The recording will be in RG studio with producer William Maloso.
Luciano - We're doing great shows, we hope soon to tour with our new album once it's released. 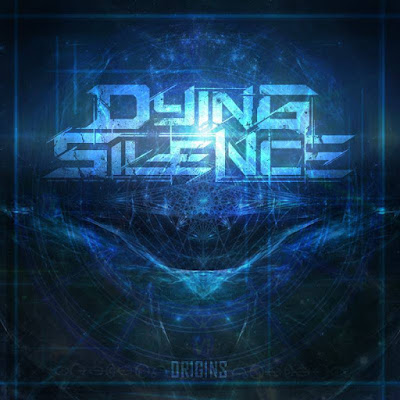 12. To end our conversation, I would like to thank you again for the interview opportunity and wish all the best to each of you and to Dying Silence. The final space is to you, Dying Silence!
Luciano - I would like to thank this space because here we can promote the work we do with love and anger in our hearts. Thank all those who follow us and buy our stuff and I would also want to ask for everyone to stay connected on our website and Facebook page, which soon will have some news.

Pedro - I would like to thank everyone who comes to our shows, buy our CD and shirts, and like our page on Face. Hugs!

Estevan - Thanks Oroborus blog for this interview and continue supporting rock and metal bands.

Rafael - Download our stuff, it's free! And support your local scene!