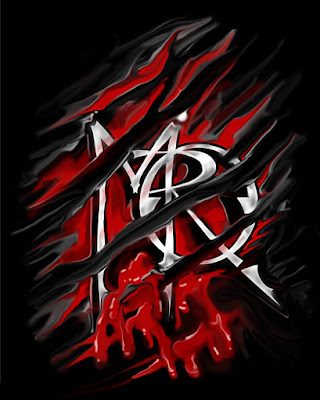 I met Muqueta na Oreia on a bands dispute in São Paulo settled up by this well-known Brazilian show house, Manifesto. The first contact I had with them was  amazing because of these guys' energy on stage which is insanely unique! Check out the following interview we did with them!


I. Hello, Muqueta na Oreia! I would like to thank you guys so much for this interview opportunity. First, how was looking for a name that would fit with the ideas and sound proposals of the band?

Ramires: We thank you for your support. In fact we do not look for a name to the band, it came to us (laughs). A long time ago, a friend of us made a compilation with heavy metal bands only in a K7 and on the label he wrote Muqueta na Oreia (freely translated to English as punch in the ear) , I don't need to say that it ended up being my favorite K7. Years later, when we set up the band, the name just came to my mind and everyone liked it at the time. It certainly defines exactly how we sound: heavy and sarcastic.

II. Now, talking a little time to talk about the band's formation, how was to bring people to Muqueta in Oreia there in 2007? What are the influences that each of you bring to the band?

Bruno Zito: Cris, Ramires (who is also my cousin) and I had already started several other projects, we knew each other for years. Actually, Cris and Ramires played together since their 15 years, which at that time I was only 8, but I used to follow them closely. Sometimes they put me in situations that were true fireproofs. Whenever any member of these bands disappeared (yes... this happened with some frequency), it was me who used to take the vacant place to help them. I've played bass with the cords tied up with wire (laughs), I played percussion instruments, I was a drum roadie, and it all happened before the age of 12 (laughs). There were festivals, competitions or even bars where we played more than 40 songs in a night. It was pretty insane to a kid, but it was the best school I could had. Henry, we kinda hunted him on the internet, there was an announcement he made at the time saying "Drummer looks for band". He has even had forgotten because we called him two years after he published that (laughs). We are lucky, we found "the guy" and he lived in the next door city. 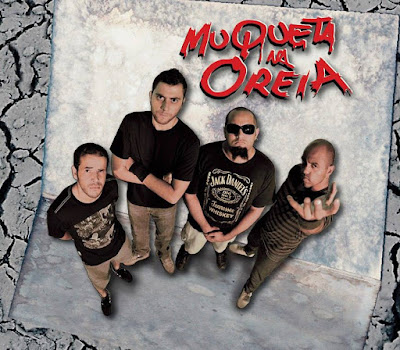 From left to right: Cris, Bruno Zito, Ramires and Henry


III. On the lyrics' theme issue you guys chose for the band, Facebook tells us that "add some few dashes (or many of them) of heavy metal and horror movies, and you have one of the most original bands from Brazil.". How to connect the sound with this macabre theme in one Muqueta na Oreia?

Henry: We listen to many styles, each of us have influences, some of them are like Sepultura, Metallica, Pantera and so on, but others are very different even (laughs). And these differences between us are just what makes us unique, because we do not censor or care anything about what others will think. The preference is the heavy sound, that aggression is something natural to our music and to the energy that we take to the stage. The show is intense, those who went and watched, they know.The macabre theme was a bid more to the first album 'Lobisomem em Lua Cheia' with the songs '“Mundo dos Mortos” and  “O Médico e o Monstro”, inspired by Robert Louis Stevenson' writtings. Also, the songs “De volta ao mundo dos mortos” and "Lobisomem em Lua Cheia" and the video clip theme to the track "O Rosto". On the album "Blatta", we explore different ways, but the macabre tone is still present, as in "Exu Caveira" and "Imortal".

IV. How would you describe the sound of Muqueta using only three words for someone who has not heard it yet?


V. The first work of Muqueta in Oreia came with the full-length 'Lobisomem em Lua Cheia', released in 2010. It is an exceptional album, indeed! Sensational intros, fast drums, insane riffs, anyway, a very heavy instrumental that still does not take away the attention of very well done vocal. The highlighting songs would be the selftitled one, "Rock 'N' Roll", "O Cão" and "F62". How was writing and recording this album?
Cris: Ah! It was all new. This was our first official CD to be sold on stores, with professional recording and placing on the market. We did not know anyone in the music field, we started from scratch, going door to door, and we were doing what we thought that was right, discovering the sounds we could produce, new ways to create, learning how to be professional, being an authorial band with authorial sounds. Anyway, it was a real discovery. 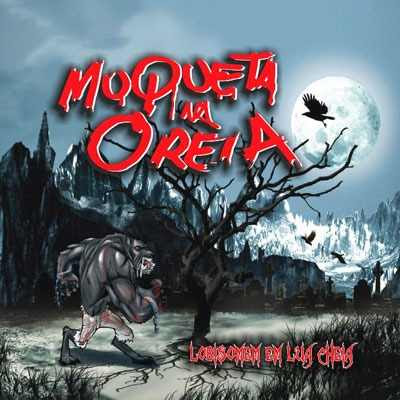 
VI. One of the Muqueta differential is singing in Portuguese and it's done totally "decipherable"(laughs), even under the guttural or more torn vocals. Why sing only in Portuguese?

Ramires: Because we are Brazilians and we sing for our people. At first, it was difficult, it was not everyone that well accepted, but we've always believed. Gradually, the crowd was getting used, approving and supporting. Today, we are living good times on Hard Rock, so singing in Portuguese  the trend is always to be improving, because we have an identity and we must be accepted for who we really are.

VII. The dark intro "Signifer Lux", the lyrics of "Cabeça Vazia", the instrumental and clean letter for "Exu Caveira" and the incredible "Primogênito de uma Meretriz" made the second album of Muqueta, 'Blatta', released in 2013, a true masterpiece. On this album, the sound has, somehow, became more solid, more like a stoned to our faces talking about lyrical issues, but still bringing the same torn and closed guttural vocals, always contrasting. Can you tell us a little was how to produce it?
Bruno Zito: We've become more mature out from the whole process of "Lobisomem em Lua Cheia". We traveled doing shows, promoting the album, we've learned from new experiences, including the bad thing that we got ourselves into sometimes (laughs). We've always worked hard. We grow as men and also musically. This is reflected in the album 'Blatta'. It is clear that it brings more technical and elaborate arrangements, better and more consistent lyrics. 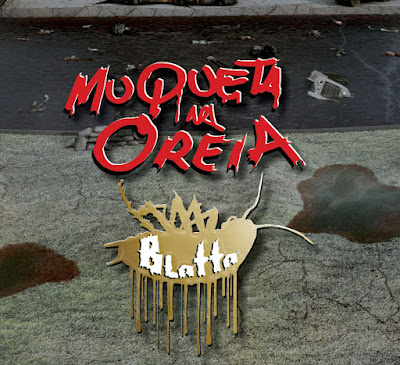 The latest work of the band called 'Blatta', it came a little bit more elaborated and consistent when it comes to lyrics

VIII. I realized something unusual in Muqueta's sound: the percussion! For example, the triangle on the track "Quebrar os Ossos da Cara". How these instruments are included in the sound of Muqueta? And how is it perceived by the public?
Ramires: It's natural. You can not force, 'cause it turns into artificial. The song asks what it needs, whether it is a particular percussion, a solo, a twist, it asks it all... The music is dictating the rules. We only obey.


IX. The first time I heard something of Muqueta was one of of Manifesto Rock Fests in 2014 and with that short underground presentation, I could feel the charisma and the supreme stage presence of you all. You recently participated in festivals MPB (Metal Pesado Brasileiro, freely translates to Brazilian Heavy Metal) in Osasco and Sorocaba; Grito Rock in Barretos, SP and Planaltina, DF. Taking this subject, what do you guys think about the underground metal scene in São Paulo? And at national level?
Cris: We just returned from Palco do Rock Fest, in Salvador, BA, the biggest rock event in Brazil during Carnival. It is an independent event, which makes room for a lot of underground bands. Four days festival, we played on the first day to an audience of 15,000 people, according to the Police. That is, the public wants Rock, and what we need is more support from both government and private sector, because we are very misunderstood. It's hard for them to understand us and see that we are peaceful, to see that we spread culture, peace, tolerance, besides being great consumers. If we like a band, we will buy their products forever, Iron Maiden could forever tell us about this... (laughs)

X. To this date, the Muqueta has five music videos released, all very well prepared. Do you guys think about releasing some more still in 2016?

Henry: Absolutely. We'll do another video clip of any song on the album 'Blatta' and another video on the release of the next CD, scheduled for the second semester.


XI. Muqueta has had reviews by Roadie Crew, Rock Brigade and Whiplash, in 2011; by Revista 77, in 2009, you guys were in Expomusic, in the edition of 2010.  Its songs are played in major radio stations such as 89FM and Kiss. Even they were recommended by Marcos Kleine (Ultrage A Rigor), still in 2015. That was to name a few people who support Muqueta na Oreia. How this feedback is seen by you?

Cris: It's a huge honor to have our work so well received by the media, musicians and music professionals who admire and especially the public, that every day more than supports Muqueta, and all authorial bands that sing in Portuguese. It really is a lot of work (laughs), but every effort is paying it all off. It is very rewarding to have people encouraging us, to see them listen to our music on the radio, going and turning it to insane shows, reading the materials on websites, blogs, magazines, these things (lol). We just have everything to be thankful for.

XII. How is Muqueta's agenda? And what are the future plans?
Bruno Zito: Right now we are focused on compositions for the next album, but the shows do not stop happening (laughs). On March 13th in the East Zone of São Paulo and on March 26th in Embu das Artes, SP, our city, which it is rare for us to play there once a year or less!

XIII. To end our conversation, I would like to thank you again for your time and willingness to answer us. I wish all the best to all of you and to the band, of course. The final space is with you, Muqueta na Oreia!
Ramires: Thank you for supporting authorial bands. You make a difference, we need this space. Thank you!!!

Henry: People, come and access our links (below) and increase the volume!