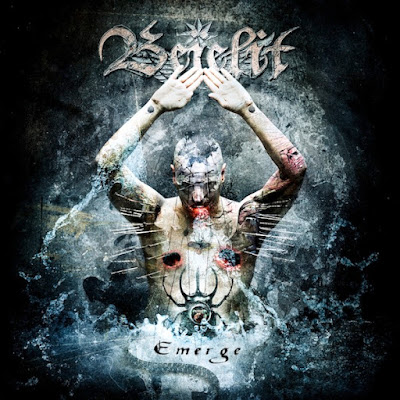 Green, white and red, this are the beautiful colors that Italy carries on its flag. This flag is carried everywhere with a band called Bejelit.
With a modern Power Metal style that can make an interesting junction with the progressive, this band bets on a fast played sound like the usual Power Metal is, but they put it a little drop of some Progressive Metal into their history.
Bejelit is still unknown by some people, but this excellent band has a career with many releases and all of them are made with quality. The biggest highlight is the album that came out via Bakerteam Records. This work, beyond the great songs, also completed itself with a sensational cover art by Seth Siro, the king of darkness in life.
The band leaves no failures right away when "The Darkest Hour", which is the first song, comes out transmitting clearly what their work is made of. "The Darkest Hour" begins with an electric guitar and a drums as impactful as these two needed to be. A worthy saying Power Metal voice appears and brings the whole atmosphere for this kind of music. The band is really good at creating atmosphere and climate to their songs, once that at the beginning they are able to demonstrate something darker, then turn it all to its most progressive side, full with this Power Metal usual melodies. This two styles playing along turn this song into something extremely catchy for your mind that it makes you want to somehow devour the CD.
One of the album's best songs appears soon after under the title of "C4" and right away the explosion begins.
Drums, united with the guitar and bass, can stroke it all with fast and well-crafted riffs, the band has a good taste in creating music and they do it very well thought out.
"C4" brings absolutely everything Power Metal asks. Such a fast and sticky at moments song, it has vocals worked extremely well. Vocals know how to be melodic and also have a glowing atmosphere that only this genre it capable to create.
Italy shows its power every time a band is born. A country that doesn't lack of quality or musicians' commitment.
The singer seems very reminiscent of the incredible Tony Kakko from Sonata Arctica, but with a voice a little bit more serious. The musicians have great quality and they can work with wisdom, making a gooey and quality unique work, creating a brand that prints Bejelit on your mind, making you recognize when this band plays something.
Almost every power metal band bets on ballads and Bejelit wasn't different, but the ballad quality is really incredible. "Boogeyman" is the name of the track and it begins in a totally melancholic and beautiful way with a guitar played in a light and poetic form. The singer's voice accompanies the sound of the guitar and it certainly can touch the soul of us all.
This is a track that can end up this album so differently, filling the listener's ears with a thousand feelings among their thirteen track work.