[English] Ithilien: the powerful and emotional folk metal from Belgium 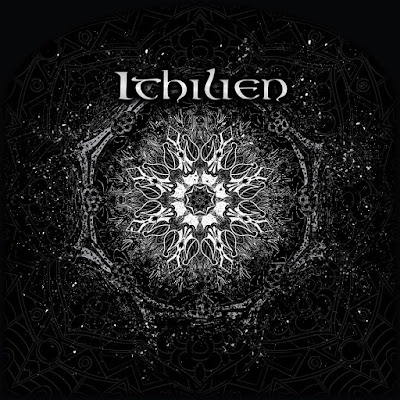 This week interview is with this amazing folk metal band from Belgium.

I met them by searching for folk metal bands around the world.

Check out this interview we did to Pierre, Ithilien's vocalist and guitar player.


I. Hello, Ithilien! First I want to thank you for the opportunity of this interview to our Oroborus blog. For the most “nerdy” fans, the first thing that comes to the mind when we see/listen to the band's name it would be “Lord Of The Rings”. Ithilien name was actually inspired by the fantastic world of J.R.R. Tolkien?

Hi! You’re welcome! We appreciate the support very much! Indeed the name ITHILIEN comes from the books of Tolkien. Most of us grew up with ‘The Lord of The Rings’ and when it came to choosing a name for the band, one of us proposed Ithilien. Everybody agreed to say that it sounded good and thus we kept it since then.

II. Can you tell us about how the process of formation of Ithilien was? How to bring the perfect people together for the sound proposal to the group?

Well it hasn’t been easy and it certainly took a long time. I (Pierre) started the band in 2005. That was the moment the name has been chosen. In 7 years I have seen no less than 3 full line-up changes and so many musicians abandoning the project I didn’t even keep the count. As you can imagine it wasn’t easy to keep up the motivation in such situations. It is only in 2012 that I have met the perfect bandmates for the project: Ben at the bass, Jerry at the drums and Olivier at the keyboards. And as a matter of fact, I actually consider that the band only really started at that time.  A few months later a young bagpipe player (Geoffroy) joined us and later on we also met Sabrina (Hurdy Gurdy) and Hugo (Bagpipe) too.

III. What bands inspired each of you to become a musician?

Having my both parents musicians, I started playing classical guitar at the age of 5. I discovered metal only at the age of 11 when I started playing electric guitar. Since then I’ve been inspired by bands in many genres such as Children of Bodom, Wintersun, Ensiferum, Moonsorrow, Kalmah, Dimmu borgir, Dissection, Parkway Drive, and so many more… 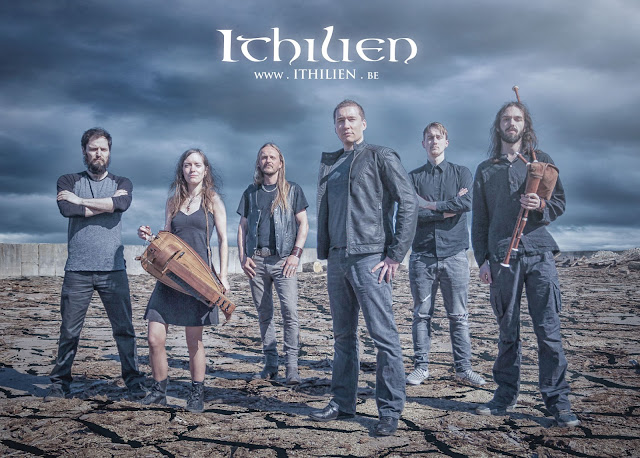 IV. A personal curiosity I have is with respect of Ithilien’s logo which was recently modified, right? How was to create and modify it?

It all has to do with the evolution of the band. At the very start we had a much more underground approach in the black/death metal genre. That is when the EP Tribute to the Fallen was written. In 2012 with the last line-up change we decided to take a 90 degree turn. This is when we decided to incorporate folk melodies and instruments. The general idea back then was to produce old school folk metal such as early Ensiferum, Moonsorrow, etc which in our opinion was missing at that time. But at some point we understood that our old logo wasn’t a good fit anymore with the new image of the band we were creating. This is the main reason why we changed.

V. Encyclopaedia Metallum describes Ithilien under the melodic folk which is a subgenre that I personally have not seen cited before. Could this be a new metal subgenre in which Ithilien is a pioneer?

Personally I am not a big fan of subgenres. This is not exactly the way I would describe our actual sound. In a few months, our new album 'Shaping the Soul' will be released and our sound has changed once more. BTW there’s a first song that has been released called Edelweiss on our facebook page, feel free to check it out! (www.facebook.com/ithilien.music). I would define our actual sound by modern folk metal with a touch of metal core influences. This gives us a very powerful combination with strong emotional assets!

VI. Also according to Metallum, the theme of Ithilien lyrics consists of battles, history, drinking and mythology. Why did you choose these for the lyrical theme to the band?

Perhaps we should have a look at this Metallum site… There seems to be a lot of information about us there that doesn’t 100% corresponds to Ithilien anymore (haha).
In our previous album ('From Ashes to the Frozen Land') our lyrics were twofold. The main theme was about a Lord of the Rings-kind quest. But the underlying message was about strong emotions of men in difficult times including loss, perseveration and so on.
With our new album ‘Shaping the Soul’ we decided to bring up something that everybody has experienced at least once in his life: Grief.

VII. The EP 'Tribute to Fallen', released in 2011, is incredible. How was to compose, record and produce it?

The songs of 'Tribute to the Fallen' were written in the very beginning of the band. And in 2011 we recorded these songs and produced everything ourselves. The financial aspect made it really difficult back then.

VIII. How would you describe the sound of Ithilien using only three words? 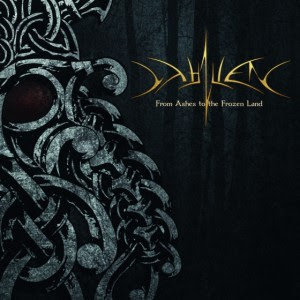 'From Ashes to the Frozen Land', Ithilien's first full length and its amazing artwork.

IX. The full-length album, released in 2013, 'From Ashes to the Frozen Land' is an album that I easily call impeccable, after I’ve heard countless times. How was to compose and produce such a masterpiece?

'From Ashes to the Frozen Land' was almost completely produced by ourselves. Only the last stage of mastering was done in studio. The reason was of course financial. Therefore it took us almost one full year to release it. Considering this we were very happy with the end result.

X. How would you explain the evolution of Ithilien’s sound through the years to a person who has not listened to any of your songs?

As I already said before, the band went through many changes including its main genre. At first I would say we stared with melodic death/black metal. Around 2012 the band evolved to classical old school folk metal. Today we continue into folk metal but with a modern touch which at my knowledge has not been heard before.

XI. How did the partnership between Ithilien and Mighty Music Records come out?

We were very glad to sign with Mighty Music for the album From Ashes to the Frozen land. The partnership went very well and we hope in the future to work again with them.

XII. What could say about the local underground metal scene there in Belgium?

There’s a lot of great bands in our little country. However, there’s only 2 or 3 folk metal bands. We have a few very nice festivals and some excellent stages too.

XIII. Ithilien recently made a tour in Japan with the amazing Eluveitie. Tell us a little about how was this experience for the band.

Indeed, we went a few times on tour with Eluveitie : In Japan and a few months later in north Europe. Both were a great experience! Going on tour in Japan was probably the best time we had until now! Japanese people are really nice and liked our music a lot. We know we made a lot of new fans over there! We really hope we’ll have the possibility to go back as soon as possible.


XIV. In this year of 2015, in which Ithilien is turning 10 years old, what are the plans for the near future?

It is true that the name was chosen about 10 years ago. However, being the founder of the band, I only consider the band to be really active since 4 years which is not that much. Anyway, our next plans are quite straightforward. We just finished recording our new album called ‘Shaping The Soul’ which hopefully will bring us to the next level. We have a few very nice gigs planned, mostly in Belgium but hope to go back on tour very soon. Perhaps in Brazil? (haha)

XV. To close our conversation, I would like to thank you again on behalf of Oroborus blog and wish you guys and Ithilien my very best. The final space is with you!

Thank you very much for this interview! It is always a pleasure to talk about our passion.